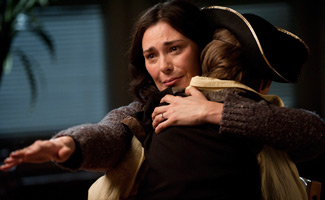 This week, The New York Times praises the performances of Michelle Forbes and Brent Sexton on The Killing, and Joel Kinnaman is profiled by the Philadelphia Inquirer. Plus, Brandon Jay McLaren (Bennet Ahmed) discusses his latest TV role. Read on for more:

• The New York Times hails the performances of Michelle Forbes and Brent Sexton on The Killing, calling them “notable” and “bravura.”

• The Philadelphia Inquirer profiles Joel Kinnaman, who says of his current training for RoboCop, “I’m going between boxing and martial arts training, and now I’m going out to the desert to shoot guns.” The Daily Blam! has a teaser poster and official synopsis for RoboCop.