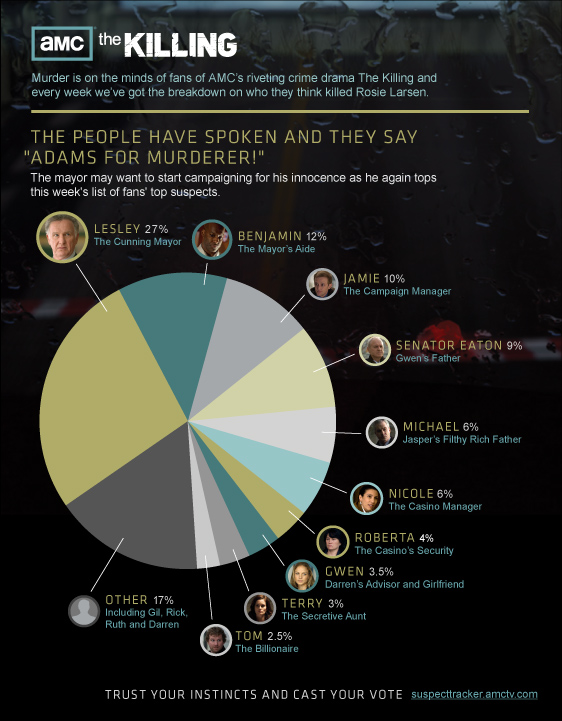 After Season 2 Episode 9, “Sayonara, Hiawatha,” fans of The Killing are clear about who their prime suspect is: Seattle mayoral incumbent Lesley Adams, who finished with 27% of the vote, the highest percentage of any suspect so far this season. Numerous other fans think the mayor may have delegated the task to his chief aide, Benjamin Abani, who finished in second place with 12% of the vote. Who do you think killed Rosie Larsen? Visit The Killing Suspect Tracker and choose a suspect. Every week you vote is another chance to win $10,000!

Only four episodes left until Rosie Larsen’s killer is revealed. Don’t miss an all-new episode of The Killing when it airs Sundays at 9/8c on AMC.