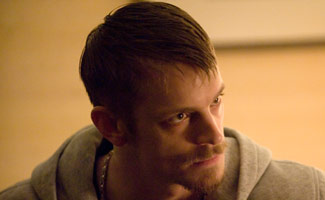 This week, Deadline Hollywood confirms that Joel Kinnaman will play the lead in the new Robocop remake, and The Killing‘s Season 2 poster is unveiled by Entertainment Weekly. Plus, The Globe and Mail previews the new season of The Killing in their spring television guide. Read on for more:

• Deadline Hollywood reports that Joel Kinnaman has landed the lead role in the upcoming Robocop remake, noting he now “has his ticket to the big game.”

• Entertainment Weekly unveils The Killing‘s Season 2 poster, which an AMC executive describes as “moody and beautiful and vaguely unsettling.” The Hollywood Reporter also has the story.

• The Globe and Mail includes The Killing in their spring TV guide and notes, “The slow, subtle and sometimes exquisitely painful drama will do things at its own pace.”