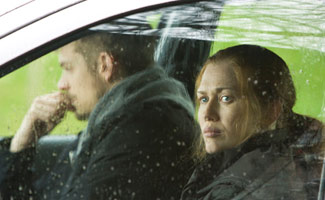 This week, The Killing makes LAist‘s list of top TV dramas of 2011, and HitFix praises “The Cage” as one of the year’s best TV episodes. Read on for more:

• The Killing was included on LAist‘s Top 10 TV Dramas of 2011 list: “Methodical character development and mature pacing made The Killing a pleasure to watch.”

• The Houston Chronicle names The Killing to its honorable mention best-of list, saying it was “one of the most interesting and best-acted series on television this year.”

• One of the Orlando Sentinel‘s favorite things is The Killing because it “gave us Mireille Enos as a fearless detective.”

• HitFix considers Episode 2, “The Cage” one of 2011’s best TV episodes: “This second hour… suggested that Veena Sud and company were actually going to do something special.”

• New York asks of The Girl with the Dragon Tattoo, “Were you sad that The Killing‘s awesome Joel Kinnaman only appeared in the movie for about fifteen seconds total?”