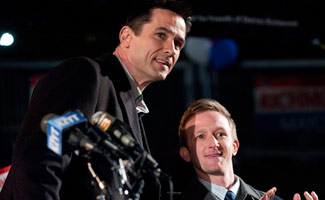 This week, Sarah and Holder made an arrest in the case after connecting a new piece of evidence to the campaign car and to Rosie, and Stan and Mitch reflected on the past as the future of their family hung in the balance. You can learn more by checking out the following online extras:

• Watch the Season Finale for free on AMCtv.com (limited time only)UPDATE: This video is no longer available.

• Full Episodes Online — Watch episodes 10-12 of The Killing for free on AMCtv.com (limited time only). UPDATE: This video is no longer available.

• Suspect Tracker — Don’t miss your final chance this season to cast your vote and post your theories.

• Rosie’s Room — Explore Rosie Larsen’s virtual interactive bedroom and see if you can uncover clues as to why someone wanted her dead.

• How Would You Be Cast in a Crime Thriller? — Take a personality quiz and find out how you’d be cast in The Killing in just seven questions.