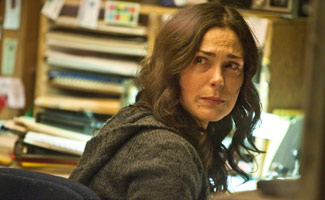 This week, the police connected Rosie to a suspicious website, Stan faced his demons, and Mitch learned secrets she never knew about her daughter. You can learn more by checking out the following online extras:

• Watch Episode 12 for free on AMCtv.com (limited time only) UPDATE: This video is no longer available.

• Sneak Peek of Episode 13 — A look at next week’s season finale. UPDATE: This video is no longer available.

• Full Episodes 1-11 Online — Watch the first 11 episodes of The Killing for free on AMCtv.com (limited time only). UPDATE: These videos are no longer available.

• Suspect Tracker — Fans of The Killing are still divided about who they think is the prime suspect in the case. Will they remain that way after this week’s episode? Cast your vote, post your theories, and be sure to enter the weekly drawing to win an iPad.