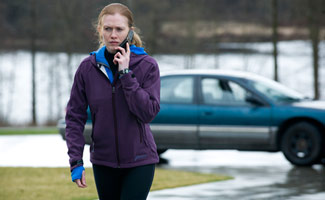 This week, Sarah and Holder discovered more on Rosie, but the investigation stalled when they had to set out on a search for Jack. You can learn more by checking out the following online extras:

• Suspect Tracker — Last week The Killing were the most divided they’ve been all season about who is the prime suspect in the case. What will the results be this week? Cast your vote, post your theories, and be sure to enter the weekly drawing to win an iPad.