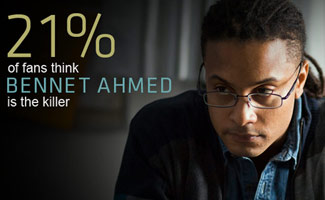 • “Has to be the teacher! He was probably her favorite teacher, she probably rejected him when he came on to her, so he got pissed and things quickly got out of control.” – rolandn.taylor

• “If he and Rosie had a secret relationship (although I think it was non-romantic), and then she refused his advances, that could lead to trouble, as he could lose his career for chasing a minor.” – Lan_Man