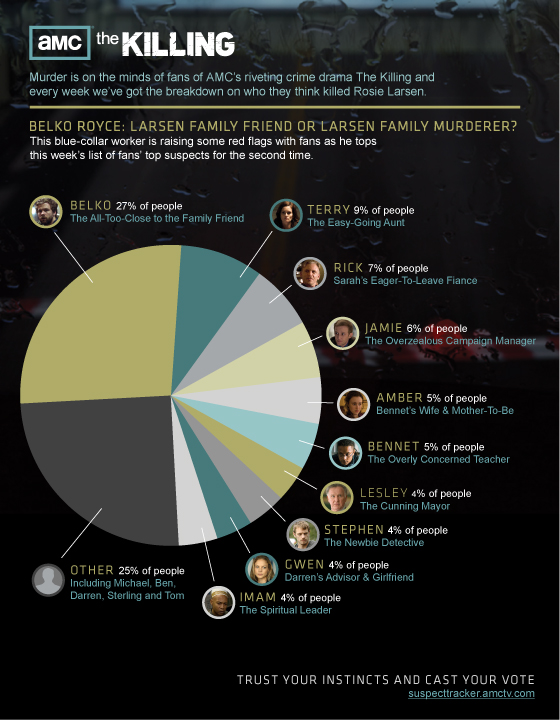 Fans of The Killing have had Belko Royce on their radar since the show began, and this week they overwhelmingly voted him as their top suspect in the murder of Rosie Larsen.

If you haven’t cast your vote as to who you think killed Rosie Larsen, head over to The Killing Suspect Tracker where fans continue to cast their votes, share their theories, and discuss the suspects in the case. And be sure not to miss your chance to enter a weekly drawing to win an iPad. The Killing airs Sundays at 10PM | 9C on AMC.