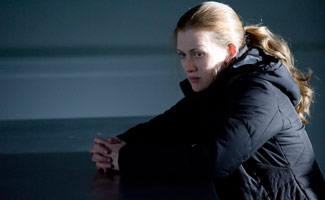 This week, Sarah and Holder regrouped, Richmond began to reverse his fortunes in the polls, and Stan faced consequences for his ill-thought out actions, leaving Mitch alone to keep the family afloat. You can learn more about these developments by checking out the following online extras:

• Sneak Peek of Episode 11 — A look at next week’s episode. UPDATE: This video is no longer available.

• Suspect Tracker — Last week The Killing fans voted Belko Royce their prime suspect for the third time. Who will fans choose this week? Cast your vote, post your theories, and be sure to enter the weekly drawing to win an iPad.