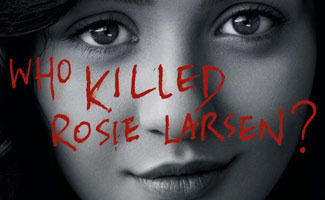 Stephen Holder (played by Joel Kinnaman) showed up in New York Magazine‘s approval matrix this week, The Killing was ranked No. 1 by The Hollywood Reporter in their power rankings, and the show’s premiere ratings were big news. Read on to learn more:

• The Killing sits atop The Hollywood Reporter‘s power rankings for the week ended April 3: “Fantastic acting and writing, impressive choices in casting and tone, a look that has noir all over it — this is a series you just can’t take your eyes off.”

• The Killing racked up AMC’s second-best premiere ratings ever (behind The Walking Dead), averaging 2.7 million total viewers for its two-hour premiere, according to the Nielsen Co., the Los Angeles Times reports. HitFix explains, “The Walking Dead is going to be hard to beat for a very long time,” and Entertainment Weekly makes the same point. Deadline Hollywood had more on the numbers. TV Guide, the New York Times and USA Today had news of the ratings too.

• USA Today believes The Killing “will likely elevate the careers of its cast members, most prominently, lead actress, Mireille Enos, 35.” The Hartford Courant calls Enos “a remarkable focal point” for the series.

• Entertainment Weekly‘s review remarks, “It’s one of the pleasures of TV to witness an actor you know from a supporting role in one series step out and take command of a different show, and so it is with Mireille Enos, from Big Love.” The Boston Globe calls Enos “a compelling lead.”

• Vanity Fair watched The Killing, “compelled by Mireille Enos’s pale-blue-eyed, strawberry-blonde aquatic self-possession, so very Tilda Swinton with a dash of Gillian Anderson in her X-Files days.” The Baltimore Sun counts Mireille Enos as one of its favorite Mormons.

• The Houston Chronicle profiles Mireille Enos and Eric Ladin, who both grew up in Houston. Enos reveals to the New York Post that any rain was augmented with “buckets of water dumped on our heads.”

• The New York Times review of The Killing calls it “as bleak and oppressive as any, but it’s so well told that it’s almost heartening.” Meanwhile, the Los Angeles Times thinks it’s “a show that is visually poetic, normatively compelling and, most important, sustainable for a good long haul.”

• The Boston Herald praises, “This is no CBS crime procedural, and viewers deserve the chance to delve into this smart mystery for themselves,” while the Plain Dealer compliments “the riveting performances, enthralling direction and moody storytelling.” The Killing also topped the Plain Dealer‘s Pop 10.

• The Buffalo News says The Killing was its “favorite program” from Sunday night and calls the show “a brilliantly made moral corrective to the television we’ve become so used to.” Patch notes The Killing “has critics abuzz and fans excited about scheduling their nights around something other than American Idol.”

• The Calgary Herald thinks The Killing “might be the most poignant, honest portrayal of a family torn apart ever depicted on the small screen.” The Denver Post calls it “brilliant” and “can’t wait for more.” About.com asks, “Don’t you just love it when a new series comes along and you instantly fall in love?”

• Among other things, Zap2it writes that the show looks “beautiful.” The Atlantic notes The Killing‘s “sophistication of technique and character elevates what could have been a conventional crime narrative.” TV.com calls the premiere “an impressive two hours of television,” and Daemon’s TV summarizes the premiere as “an enjoyable start to what promises to be a great series.”

• Michelle Forbes shares with TVLine that she “was absolutely told 100 percent nothing when we started” The Killing.

• Dexigner writes about the creation of The Killing‘s main title sequence.

• Screen Rant says AMC’s decision to put the first two episodes of The Killing on its website is “admirable,” noting, “AMC has immediately pulled the rug out from under illegal streaming and torrents and given people a compelling reason to tune in for the live broadcast.”

• Cynopsis reports on AMC’s Suspect Tracker (“post your own theories about the case and look to see each Tuesday which suspects are drawing the most suspicion”), and TV.com will be highlighting the interactive application all season. Meanwhile, Yahoo! TV features a sneak preview of Episode 3, “El Diablo.”

• For recaps and reviews of the first two episodes, check out TV Squad, the Los Angeles Times, the Wall Street Journal, CNN, the A.V. Club, BuzzFocus.com and Crave Online.