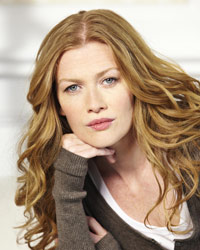 AMC announced today that Tony-nominated actress for Who’s Afraid of Virginia Woolf, Mireille Enos (HBO’s Big Love), has been cast as the lead role of “Sarah” in the original drama The Killing (working title), a network pilot order written and executive produced by Veena Sud (Cold Case). Patty Jenkins (Monster) is set to direct. The project, based on the wildly successful Danish series Forbrydelsen, tells the story of the murder of a young girl and the subsequent police investigation. Produced by FOX Television Studios, The Killing is executive produced by Mikkel Bondesen (Burn Notice) for Fuse Entertainment. Fuse’s Kristen Campo co-produces. Production on the pilot is scheduled to begin Mon., May 10th in Vancouver.

“The Killing is alone in its class in terms of the quality of the storytelling. We have never seen a stronger script from the crime scene genre. The pilot is a very exciting next step in our continuing commitment to presenting smart, sophisticated storytelling with broad appeal,” said Joel Stillerman, AMC’s senior vice president of original programming, production and digital content.