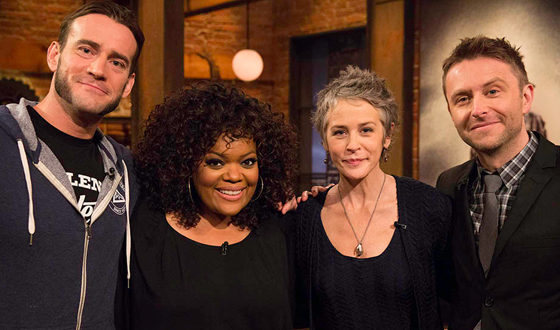 Bonus Scene: Talking Dead: Episode 414
Yvette Nicole Brown explains why she’d want to brave the apocalypse with Michonne by her side; CM Punk shares his speculations about Terminus; and Melissa McBride talks about Carol’s sense of morality.

Click here to see photos from this week’s episode of Talking Dead.