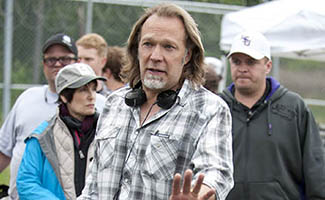 This Sunday at 10/9c AMC airs an all-new episode of Talking Dead, the live after show for The Walking Dead hosted by Chris Hardwick. Joining Hardwick this week will be The Walking Dead‘s Executive Producer and Special FX Makeup Designer Greg Nicotero as well as comedian Doug Benson and Hayley Williams (Paramore). They’ll be taking questions LIVE during the broadcast so log on to TalkingDead.com now to submit your queries. During the show, be sure to vote in the online poll and stay tuned for Chris Hardwick to announce the results on-air. Then come back to TalkingDead.com the next day to check out exclusive video and photos from the episode.