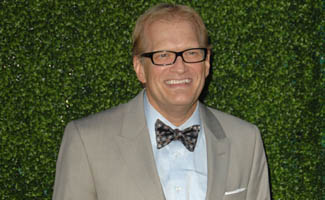 The good news keeps on coming for The Walking Dead fans as Executive Producers Robert Kirkman, Glen Mazzara, Gale Anne Hurd and Dave Alpert as well as comedian Drew Carey and a special surprise guest that will be calling in from Atlanta, GA are now confirmed to appear on the Talking Dead primetime special this Sunday at 9/8c. During the show, you’ll also see an actual scene from Season 3 and get a glimpse behind-the-scenes of the production. Just as in past Talking Dead episodes, host Chris Hardwick and his guests will be taking questions LIVE so log on to TalkingDead.com to ask your questions.