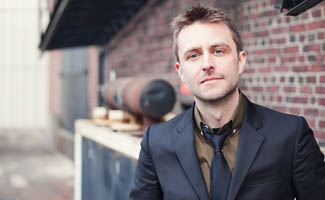 The Talking Dead after-show, hosted by Chris Hardwick, premieres Sun., Oct. 16 at Midnight/11c on AMC and will include a guest appearance by Executive Producer Robert Kirkman.