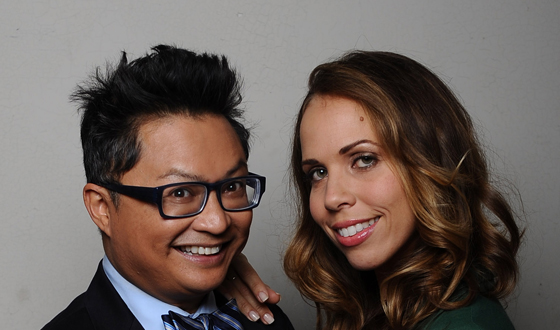 On this week’s Showville, the audience of Hugo, Oklahoma selected singer-guitarist Trey Rosenthal as the winner, but who was the favorite act of coaches Lisette and Alec? Read on to find out…

“Loved her! It was so interesting getting to know her. Her family, they’re immigrants from Peru, and she comes from the circus world.” Lisette adds that the coolest thing about working with July was “getting to bring the woman out in her and believe in herself… she was fearless.”

Alec’s Pick: July Coronel (Hula Hoop Act)
Alec agrees with Lisette, “July was so excited to be a part of our show and you could actually see her thrive under Lisette’s coaching. She physically transformed when she stepped onto the stage.” Alec was also impressed by July’s dedication to her craft, noting that she “spends eight months on the road and then the other four months in Oklahoma practicing!”