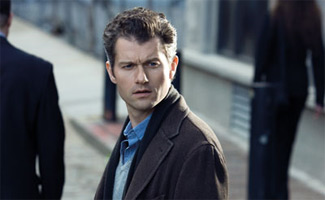 This week, TV Guide highlights the Sun., Aug. 1 premiere of Rubicon and The Independent asks of the series, “Will it succeed?” and answers, “Almost certainly.”

• The Independent (U.K.) says Rubicon “scores points with its willingness to take its time in setting up the central conspiracy and its refusal to talk down to its audience.”

• In a piece extolling the virtues of AMC, PopEater cites the “early fantastic buzz surrounding Rubicon.”

• The Indiana Daily Student says the pilot episode does not disappoint and “all signs point to another successful drama for the station.”