Ólafur Darri Ólafsson, who plays the imposing and sinister Bing Partridge on AMC’s NOS4A2, discusses Bing’s crisis of conscience in Episode 7, what drove Bing to turn on Manx and explains “the only selfless thing Bing has ever done.”

Q: For the intervening years between Season 1 and Season 2, did you and the creative team brainstorm what Bing was up to during that time? Presumably he was still trying to work on behalf of Manx for eight years, which probably makes his betrayal all the more hurtful.

A: There were sessions with the creative team that I believe most regulars on the show had. I was shooting a series back home in Iceland so I was’t able to attend. I however did have a couple of chats with Jami [O’Brien], our showrunner, regarding Bing and what he might have been up to. And those conversations were really helpful in coming back to the show.

Q: Things go south pretty quickly for Bing. When Manx leaves him behind in Episode 5, what do you think Bing’s feeling?

A: I think Bing is pretty shattered by it. Bing has put his whole life on the line for Manx and feels that he is owed a big debt for bringing him back to life at the start of the season.

Q: In Episode 7, Bing decides to take the fight to Manx. What do you think drives him to turn violent against his boss?

A: Bing knows that what they are doing isn’t right. He has been trying to justify their actions by telling himself that they are saving children. And let’s not forget that Bing is also doing this for his own twisted reasons. But I think Bing develops a relationship with Mike Demeter, the boy he kidnaps at the start of the season and then with Wayne later on. And seeing the change in them from great kids into the soulless monsters that The Wraith produces is sort of a slow fuse for Bing. A wakeup call. 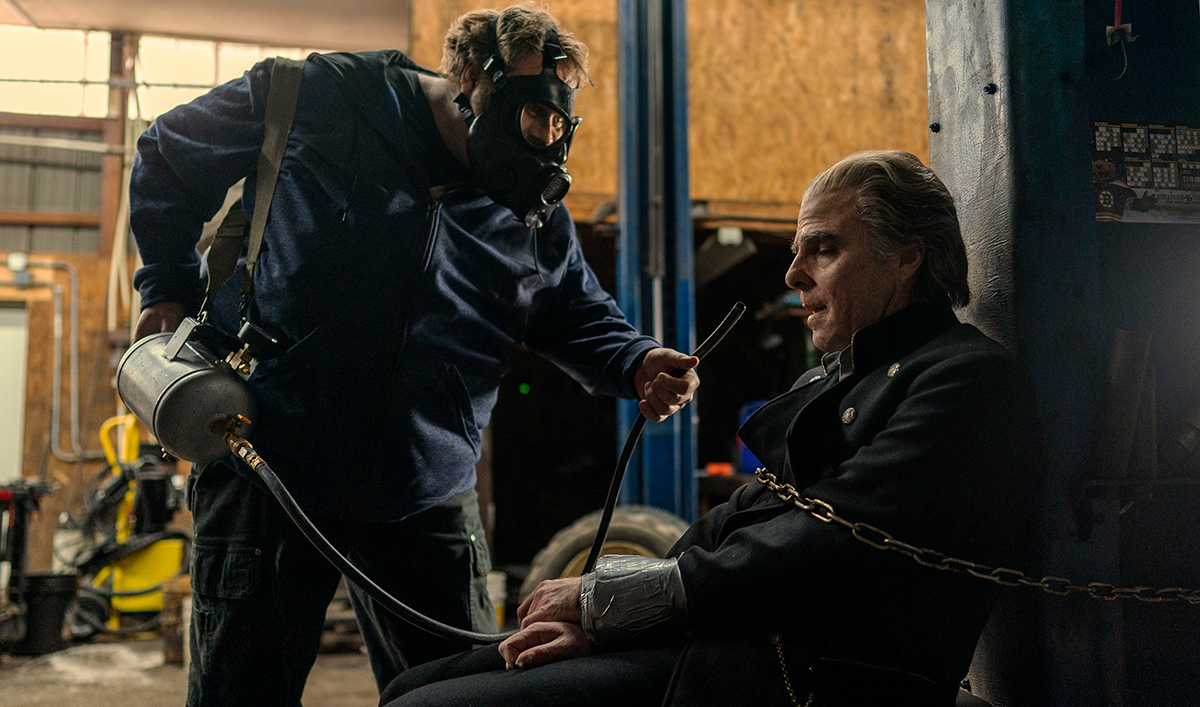 Q: What was it like filming that new opposing dynamic with Zachary Quinto? Those fight and interrogation scenes are so intense!

A: Zach is the best! It has been one of the pleasures of my life to work with him. So present and collaborative and professional. Love him.

Q: Do you think it’s realizing he’ll never go to Christmasland or not being seen as an equal partner that crushes Bing the most?

A: I think Bing suspects deep down that Manx is going to disappoint him in some way but Bing wants so much to believe that he will get into Christmasland. Realizing that’s not going to happen is the hardest thing for Bing. And after that nothing really matters.

Q: When Bing talks to Wayne, he realizes the kids are suffering in the Wraith. But do you think he’s known all along? Do you think that affects how he thinks of Christmasland?

A: Bing has known all along about the suffering of the kids but I think he has chosen to disregard that for his own selfish reasons. I have a feeling that Bing’s dream of Christmasland is very different from the actuality of that place.

Q: When Bing is sitting in the Wraith about to be crushed to death with Manx, he’s sort of smiling. When you were filming those scenes, how did you imagine he was feeling?

A: I think that Bing knows he might be doing the world a huge favour by getting rid of all three of them: himself, Manx and The Wraith. And he feels comfort in that. I think it might be the only selfless thing Bing has ever done.

Q: Last year, you mentioned that if you were a strong creative, your knife would be a sofa. Is that still the case? Have you given any additional thought to what your “strong creative” power would be, if you could be one in real life?

A: I would switch out the sofa for a pen. They say the pen is mightier than the sword and I would like to have the ability to write things down and make them happen. So I guess I would like to be a screenwriter. Somebody tell Jami!

Click here to watch the latest episode of NOS4A2, available now on amc.com and the AMC app for mobile and devices. Check out the on-air schedule here for more encore viewings and upcoming episodes of NOS4A2 on AMC.

Watch a sneak peek of Sunday’s all-new episode here, in which Maggie tries to convince Vic to take her to Christmasland. It’s Maggie’s fight too — and she’s dedicated her life to tracking Manx’s lost victims before Vic even knew about her bridge. Plus, she’s got an explosive idea for how to take Manx down.

For more of a behind-the-scenes perspective with the NOS4A2 cast and creators, check out this interview with Zachary Quinto, who plays Charlie Manx. Quinto talks jumping right into the action of Season 2, revealing the layers of the villainous vampire’s backstory, and more. And don’t miss this Q&A with author Joe Hill, who teases the bigger world of Season 2, plus shares details about his unusual writing practice, how the NOS4A2 set is like stepping into his own inscape, and more.