Have you ever watched a vampire movie where the hundred-plus-year-old vamp is wishing for death because they just can’t take being alive anymore, and you think to yourself, “how could they possibly want to give up immortality?!”

If television and film has taught us anything about the ability to bypass death, it’s that it’s truly bittersweet. With the return of AMC’s NOS4A2 — a story about a supernatural villain, Charlie Manx, who feeds off the souls of children — we were inspired to take a deeper look at this lusted-after superpower. Let’s take a look at the pros and cons of immortality and endless youth, through the lens of some of our favorite immortal characters.

Con: It typically requires a change in diet.

The most well known of immortal creatures, the vampire, has established that immortality goes hand-in-hand with drinking the blood of a living creature.

As a result, many of these characters turn into killers overnight as their uncontrollable hunger sets in. But as the stories go, when vampires mature they are better able to control their hunger for blood. When that happens, we often see these characters take one of two routes.

The first, the more humane of the two, will choose an alternate source for the sake of saving human lives. Some may remember from HBO’s True Blood, that many vamps survived off of a synthetic alternative called… Tru Blood. This meal replacement was developed by scientists in Japan, and like diet ranch dressing, many complained that it just wasn’t as good as the real thing.

The second route is certainly more evil: keep killing people. Charlie Manx falls into this group. Instead of blood, it’s the souls of children he’s after. And while he’s hundreds of years old, unlike vampires, he does age. In order to keep his youthful appearance he must keep capturing children and bringing them to his hidden world, “Christmasland.”

Pro: It can give you a leg up on your competition!
In the case of Death Becomes Her, the 1992 dark comedy film, immortality is paired with the ultimate fountain of youth. The ability to drink a potion and moments later watch it shave years off of your physical appearance, becomes the catalyst for reviving a long-standing feud between frenemies Madeline (Meryl Streep) and Helen (Goldie Hawn).

Of course, things are never that simple. They look younger, yes, but soon they come to learn that this newfound youth requires upkeep. Not just extra mascara and foundation, but serious upkeep. Luckily, they have plastic surgeon Ernest Menville (Bruce Willis), the man at the center of their decade long feud, to reapply skin as it falls out of place and deal with other pesky problems one might have after consuming a fountain of youth potion.

Con: It can put you at a distance from your friends and family. 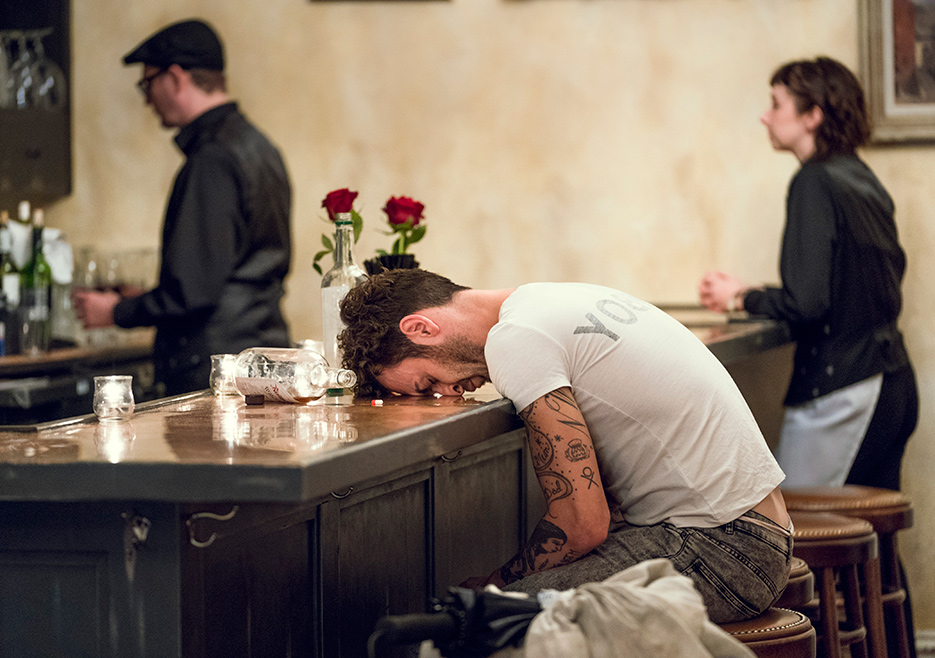 The reality of immortality and staying young forever is that at some point, someone is going to notice that you’re not aging. So for many immortal characters, they eventually have to come out to their friends and family, or run away. Since immortality is often considered taboo, many people resort to the latter.

Take for instance, Cassidy, the 100-year-old Irish vampire from Seth Rogen and Evan Goldberg’s adaptation of the comic book series, Preacher. On the outside, he’s a drug-loving, booze-drinking, fun-loving guy that isn’t afraid to take down a human for a meal. On the inside, as we learn in Episode 3 of Season 4, he’s a sad young man that misses his family.

See, Cassidy left for war with his buddy and that buddy was killed right before his eyes. Alone and grieving, Cassidy is attacked and turned into a vampire. His first instinct is to go home, and so he does. But standing in the bushes as he watches his family go about their normal lives, he realizes there’s no place for him here. Still just a young man, he goes off to start a new life, alone.

Pro: You can bring friends / lovers with you.
Twilight and the transformation of Bella into a vampire may be the most long-awaited moment of any human-to-vampire story we’ve seen. She loves Edward, Edward loves her. But Bella knows they can’t do this whole human-vampire relationship forever. Knowing the sacrifices of becoming a vampire, including the previous point of not being able to see your family again, Edward refuses.

And honestly, it just makes more sense that way.

Con: It could be a really bad fit.
No one understands this better than Louis, played by Brad Pitt, in Interview With a Vampire. Louis is grieving deeply over the loss of his wife and child when he meets Lestat de Lioncourt, a vampire, played by Tom Cruise. Louis accepts Lestat’s offer to turn him into a vampire.

Once turned, Louis is exposed to Lestat’s murderous tendencies and quickly becomes disgusted by his enjoyment in killing people. Together they raise a vampire daughter, but while Louis wants to treat her like a real daughter, Lestat is focused on teaching her to become a killer.

Louis never comes to appreciate his immortality and even in the closing moments of the film, he’s just as unhappy with his life as a vampire as he ever was.

As it turns out, like most things in life, immortality and the fountain of youth both have their own pros and cons.

Now, if you’re in the mood to watch a character live with both superpowers, then you’ll want to watch the Season 2 premiere of NOS4A2 (for free!) on AMC.com and AMC apps for mobile and devices.