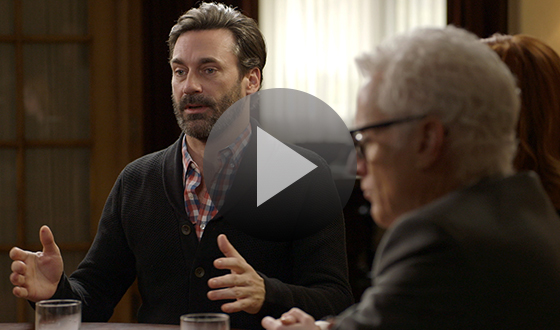 Check out photos of the Mad Men cast celebrating Hamm’s win at the AMC Networks Emmy Awards After Party here.