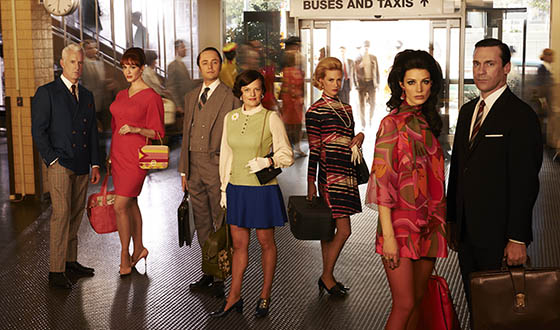 Mad Men makes history once again! The series has been awarded a spot on the American Film Institute’s 2014 list of Television Programs of the Year. Having received this honor for each season of its run, Mad Men becomes the first show ever to make the cut seven times. This year’s list, compiled by leaders from the film, entertainment, business and academic communities, also included The Americans, Fargo, Game of Thrones, Orange is the New Black and Transparent.

Relive Mad Men from the beginning with Mad Men encores, Sundays at 6AM/5c.