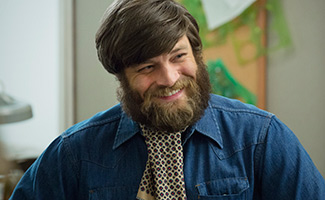 This week, Jon Hamm will sit down with Craig Ferguson during The Late Late Show‘s final month, while Entertainment Weekly touts the upcoming Mad Men marathon. Plus, Jay R. Ferguson expresses how he feels about Mad Men ending. Read on for more:

• According to The Hollywood Reporter, Jon Hamm will be one of Craig Ferguson’s final guests on CBS’ The Late Late Show next month.

• Entertainment Weekly highlights AMC’s upcoming Mad Men marathon, which is re-airing the series from the beginning every Sunday at 6AM/5c, starting Nov. 16.

• We Are Movie Geeks interviews Jay R. Ferguson, who says Mad Men ending is like “when you are so totally in love with someone, and when it’s over, you still have that incredible heartache inside that you feel like you will never love again, that’s how this feels…seriously!”

• Jessica Paré, talking to Irish Examiner, says about Mad Men, “I would work on it for the rest of my life if they would let me. They are just such a great group of people and the writing is incredible.”

• The Mary Sue reports that Christina Hendricks will star in The Hurricanes, a buddy comedy that will be directed by Jonathan Lynn.

• According to Deadline, Elisabeth Moss will open in The Heidi Chronicles at the Music Box Theatre.

• Bustle, anticipating Mad Men‘s return, lists its unanswered questions, which are “piling up at a staggering rate and torturing us on a daily basis.”

• Plottify takes a look at Roger’s drinking bird toy, which gets two prime appearances in season 4.

• VH1 looks back at Elisabeth Moss’ turn on The West Wing, whose character Zoey “spurred one of the most touching storylines on the show.”

• HitFix reports that James Wolk has been cast in Zoo, a new drama series based on James Patterson’s bestseller.