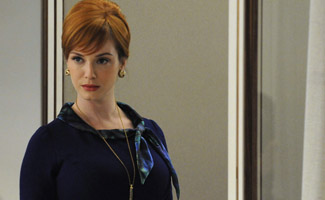 • Deadline reports that Elisabeth Moss has joined the cast of Truth, a movie starring Robert Redford and Cate Blanchett.

• The Associated Press reports that Jon Hamm is among of the list of celebrities enlisted by the White House to help fight sexual assault on college campuses.

• People names Kiernan Shipka in its best-dressed list, remarking that the 14-year-old “runs circles around many stars twice her age on the red carpet, leaning towards polished, pretty pieces with impeccable tailoring.”

• Deadline reports that the North American rights to Preservation, a movie starring Aaron Staton, have been acquired by The Orchard.