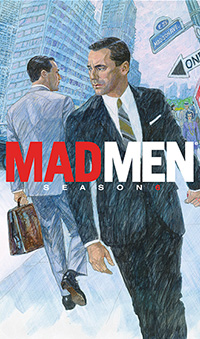 Mad Men: Season Six is now available on Blu-ray and DVD. Four-time Primetime Emmy winner for Outstanding Drama Series and winner of three consecutive Golden Globes, Mad Men, created by Matthew Weiner, explores the glamorous and ego-driven “Golden Age” of advertising in the late 1960s New York City. Don Draper (Golden Globe winner Jon Hamm) and the rest of the award-winning cast continue to captivate as they deal with the aftereffects of adultery, divorce, a merger, and an ever changing social climate. The 3-disc Blu-ray and 4-disc DVD sets also contain featurettes examining the time period and culture of the Mad Men era.

• “Turn On, Tune In, Drop Out” Featurette: Close friends of Timothy Leary, along with journalist Don Lattin, shed light on the man known as the guru of the psychedelic drug movement.