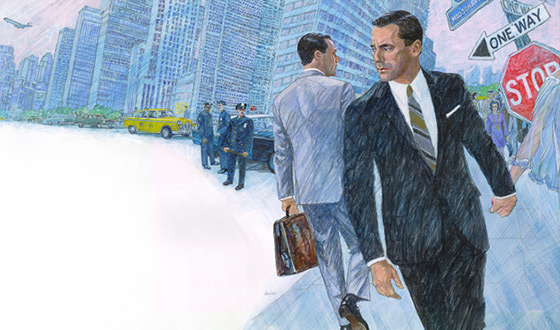 Mad Men‘s Season Finale, directed by Series Creator/Executive Producer Matthew Weiner, airs this Sun., Jun. 23 at 10/9c. Looking for ways to occupy the hours until then? Here are six ways to get ready for the Season 6 Finale, “In Care Of.”

1. Go inside last Sunday’s show, “The Quality of Mercy,” with behind-the-scenes video, episode photos and a comprehensive recap, then watch a Next on Mad Men video of the finale itself.

2. Check out two sneak peek photos from the Season 6 Finale, “In Care Of.”

4. Create a new Mad Men avatar. Already have one? Give yourself a makeover.

5. Play the Sterling Cooper & Partners Job Interview Game and see if you’d get hired at the newly named firm.