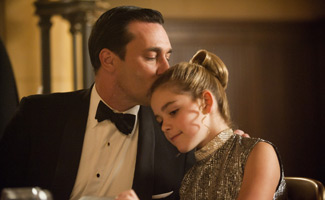 Today the Television Critics Association announced their nominees for the 2013 TCA Awards, and Mad Men was honored with a nomination in the Outstanding Achievement in Drama category.

The nomination is part of five total that AMC received this year, with Breaking Bad and The Walking Dead also earning nods.

In the Outstanding Achievement in Drama category, Mad Men will face such competition as FX’s The Americans, HBO’s Game of Thrones, Showtime’s Homeland, and AMC’s own Breaking Bad.

The awards will be presented Sat., Aug. 3 during the TCA summer press tour.