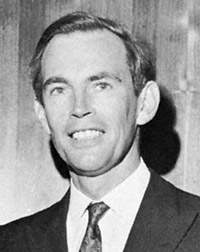 On Dec. 3, 1967, Dr. Christiaan Barnard, a cardiothoracic surgeon in Cape Town, South Africa, performed the first human-to-human heart transplant. Though his patient died 18 days later, Barnard’s achievement was the medical equivalent of discovering the North Pole: The surgeon went into the operating room an unknown but emerged an international celebrity. With movie-star looks and a disarmingly outspoken manner, Barnard soon became an effective advocate for heart transplantation — a controversial procedure for moral, medical, and legal reasons. Some district attorneys in the United States, for instance, had threatened to charge surgeons, who remove a heart before its donor is legally dead, with murder.

Following Barnard’s success, other surgical teams, including one in the United States just three days later, began performing the procedure. There were complications, however. As Barnard and other surgeons had learned from more than a decade of experimentation, the transplant itself wasn’t the procedure’s trickiest part, but rather making sure that the patient’s body didn’t reject the new heart. Barnard claimed that his superior methods of preventing rejection resulted in better outcomes for his patients: his second patient lived 19 months, another early patient lived for more than a decade, and a third more than two decades. Rejection remained a negative factor, however, and by the early 1970s, the procedure was falling out of favor.

In a famous rebuttal to his critics, Barnard described the logic that led dying patients to accept the risk of a heart transplant. “If a lion chases you to a river filled with crocodiles,” he reasoned, “you will leap into the water convinced you have a chance to swim to the other side. But you would never accept such odds if there were no lion.” (The odds for patients improved in the 1980s with the introduction of a drug that reduced the risk of rejection.)

By his own admission, Barnard became caught up in the celebrity and adulation his accomplishment brought. A notorious womanizer, he became known as “the playboy of cardiac surgery.” Despite the distractions, Barnard continued to have success in operating room, and in 1974 performed the first heterotopic heart transplant, supplementing an ailing heart with a new one, without removing the old one.

Barnard died in 2001, but his breakthrough transplant in 1967 still resonates with the public. His original operating theater is now a museum and a major Cape Town tourist attraction.