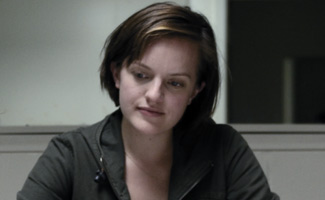 Top of the Lake, the highly-anticipated Sundance Channel Original series written and directed by Oscar winner Jane Campion (The Piano, Portrait of a Lady), will debut its first two hour-long installment on Mon., Mar. 18 at 9/8c.

Moss plays detective Robin Griffin who returns home to investigate the sudden disappearance of a 12-year-old named Tui, who is five months pregnant. But it’s not a simple missing person’s case. In this breathtaking but remote mountain town, evil forces exist that are as powerful as the land itself. During the investigation, Robin collides with Tui’s father Matt Mitcham (Mullan), a local drug lord, and G.J (Hunter), a guru at a local women’s camp. But with every step toward solving the case, Robin unearths a dangerous truth about herself.