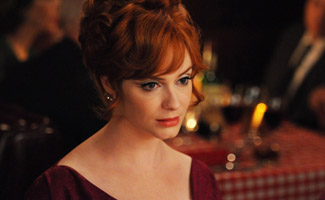 • Entertainment Weekly features January Jones in her new movie, Sweetwater, which premieres next week at the Sundance Film Festival.

• Referencing Mad Men and other shows, the Los Angeles Times examines why viewers are fascinated by the past.

• Backstage at the Golden Globes, Danny Strong was asked about a possible return to Mad Men for his character, Danny Siegel. His reply: “Start the petition now!”

• Rich Sommer talks to The Harvard Crimson about working on his new movie, Fairhaven.