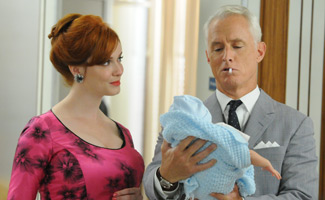 Today the Directors Guild of America announced their nominees for the 65th annual DGA awards, and Mad Men director Jennifer Getzinger was honored with a nod in the Dramatic Series category for her work on the Season 5 episode, “A Little Kiss.”

The nomination is Getzinger’s third, having received recognition for Mad Men previously in 2009 and 2010. For this year’s award, Getzinger will face the directors of Showtime’s Homeland, HBO’s The Newsroom and AMC’s own Breaking Bad.

The winners will be announced at the DGA Awards dinner on Sat., Feb. 2 in Los Angeles.