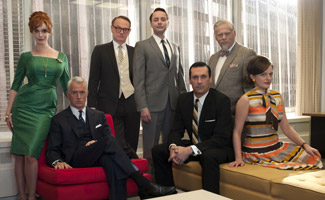 The nominations are part of 11 garnered by AMC this year, with five nominations going to Breaking Bad and one to The Pitch.

In the Best Drama category, Mad Men will compete with HBO’s Game of Thrones, Showtime’s Homeland, PBS’s Downton Abbey, CBS’s The Good Wife and AMC’s own Breaking Bad for the award.