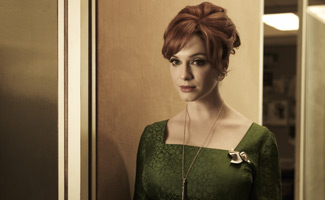 The actress faced stiff competition for the win, beating out such heavyweights as Christine Baranski (The Good Wife), Kelly Macdonald (Boardwalk Empire), and AMC’s own Anna Gunn (Breaking Bad).