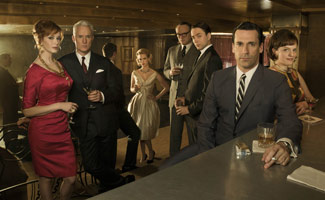 Today’s PGA nomination marks the fourth consecutive year that Mad Men has been recognized by the Producers Guild of America. The series is again up for the Outstanding Producer of Episodic Television, Drama Award. Other series in the running for the prestigious award include Boardwalk Empire (HBO), Dexter (Showtime), Game of Thrones (HBO) and The Good Wife (CBS).

The Producers Guild Awards will be held at The Beverly Hilton Hotel on Sat., Jan. 21.