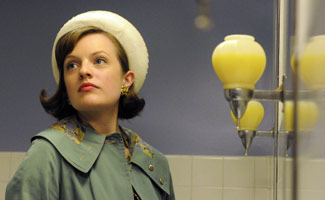 • The Los Angeles Times reports that new Sundance series Top of the Lake will feature Elisabeth Moss as a “detective on the case of a missing girl.”

• Variety reports the Sundance Channel has ordered its first series, a drama called Rectify, based on the success of AMC’s programming like Mad Men.

• In The Orion, Leila Rodriguez illuminates the complexity of Mad Men‘s female characters: “The men rule the office with their chauvinistic ways, but it’s the women on the show that keep things intriguing.”