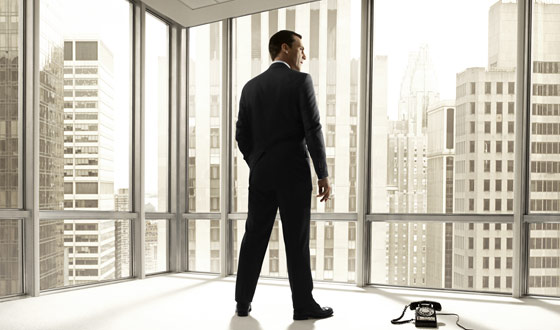 Mad Men picked up its fourth win for Outstanding Drama Series at the 63rd annual Primetime Emmys tonight. The record-tying win — previously only Hill Street Blues and The West Wing have won this award four years in a row — had series creator Matthew Weiner singling out the writing staff and cast for their contributions via a brief acceptance speech: “We all get to go to work tomorrow and that’s all we ever wanted to do.” Mad Men faced stiff competition for the statuette. The drama won out over Showtime’s Dexter, CBS’s The Good Wife, DirecTV’s Friday Night Lights and HBO’s Boardwalk Empire and Game of Thrones.