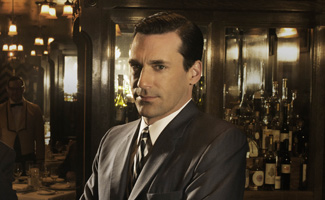 This past Saturday, the Television Critics Association, comprised of 200-plus television critics and journalists, recognized the top programs and actors of the 2010-2011 television season at its 27th annual TCA Awards presentation.

Mad Men received its third win for Outstanding Achievement in Drama (having previously won the distinction in 2008 and 2009), against stiff competition in the category: HBO’s Game of Thrones, DirecTV/NBC’s Friday Night Lights, FX’s Justified and CBS’s The Good Wife. The acting categories were just as competitive: Jon Hamm beat out Boardwalk Empire‘s Steve Buscemi, Game of Thrones‘s Peter Dinklage, The Good Wife‘s Julianna Margulies, and Justified‘s Margo Martindale and Timothy Olyphant for Individual Achievement in Drama.