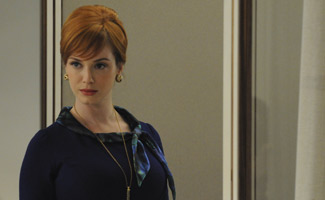 This week, Mad Men‘s influence was evident in new ’60s-era shows on other networks, plus more photos surfaced of the Mad Men cast at the Golden Globes. Read on for details.

• Deadline Hollywood alludes to Mad Men‘s influence on current television with a larger story about the new series The Drivers, also set in the ’60s.

• A separate Deadline Hollywood story notes that the Emmy-nominated director of the Mad Men pilot, Alan Taylor, has been brought on to direct Playboy, yet another new ’60s-era show.

• The Hollywood Reporter [no link] includes a photo of Mad Men‘s Christina Hendricks and Rich Sommer from the AMC/Sundance Channel Golden Globe party.

• Advertising Age praises Mad Men as “high quality content” in an era where some Demand Media is “not for human consumption.”