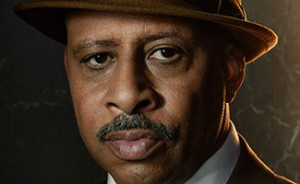 This week, Ruben Santiago-Hudson talks about August Wilson with The New York Observer. Plus, Santiago-Hudson is directing an off-Broadway play next year. Read on for more:

• The New York Observer interviews Ruben Santiago-Hudson, who opens this week in August Wilson’s How I Learned What I Learned and discusses similarities between him and the playwright, including having “a lot of the same thoughts about our people and our art.”

• Ruben Santiago-Hudson is slated to direct Quiara Alegria Hudes’s The Happiest Song Plays Last, which will open off-Broadway on March 3, according to Broadway.com.

• Broadway World showcases photos of Ruben Santiago-Hudson in August Wilson’s How I Learned What I Learned, now in previews in New York.