Carol Case, Costume Designer for AMC’s Hell on Wheels, talks about designing costumes for newcomer John Campbell and what her own 19th century attire would look like.

Q: How much have the looks of series regulars needed to change over the course of four seasons?

A: Quite a bit, actually. A lot has happened to everybody. Everybody has gone through a certain evolution depending on their status in their community or what’s happened to them. I think The Swede would be the most obvious one. He’s gone, quite drastically, up and down and has had both good and bad fortune. That’s affected the costumes a lot. Eva is a fairly good example, too. She’s gone from being at the bottom of the bottom to being a wife, then a mother, then a widow; and she’s now moving into a more independent look for herself that is her own, as opposed to the look of a mother or prostitute.

Q: Talk a little bit about The Swede’s evolution.

A: The Swede’s look was so good at the beginning of the show that we wanted to keep him in that world, but he’s a man of many disguises. He’s like a coyote, like in the Native American lore, or a chameleon. We tried to make him blend into the environment that he’s in and still give us an edge and show that he isn’t all that he appears to be. Chris [Heyerdahl] is a great actor to work with because he’s willing to put in effort and make it a special thing. We’ve done a lot of fittings and talking and we try to keep him in dark colors. This last season, because he spent time as a Mormon, his costume didn’t evolve too much, but at the end, we do find him going back towards his original look.

Q: After multiple seasons, does it get easier or harder to design for the series regulars? Do they get any input into their attire?

A: It’s really a brand new adventure every season. So much happens and we move along in time and space. We try to keep everybody’s own distinctive look on top of that. There’s always something happening and it’s never dull, for sure. As far as difficulty in designing, some of the characters get easier and some get harder. With Mickey’s evolution as a more intrinsic part of the community, we had to think about where he’s going. The actors and I work together as a team. I certainly consider their thoughts and ideas about the characters because in the end, they are those characters. It’s coming from inside them, and my job is to support that and tell their story.

Q: Do most, if not all, of the costumes have to be made from scratch? Have you been able to find and include any vintage pieces, or authentic accents such as buttons?

A: We try to include as much as we can, but a lot of stuff that’s available from the 1860’s is not wearable for a show that’s as active as ours. The older stuff would just disintegrate. Sometimes, if we’re doing a stunt with a stunt double, we might need multiples and it becomes impossible, so we tend to make pretty much everything. Certainly, I’ve used period shawls and jewelry or cufflinks on the guys. Often times, we copy an original with stronger material.

Q: John Campbell (Jake Weber) was introduced in Season 4. What kinds of challenges do you encounter when trying to dress a new series regular? Did designing for Campbell present any specific difficulties?

A: Any new character is always a challenge. Because Campbell was coming from the East Coast, he was an outsider in the group. We tried to make that very clear. He and his henchmen were different from our Hell on Wheels people. Then, as the season progresses, Campbell stays on and his outfits get a little more relaxed and less “uptown.” 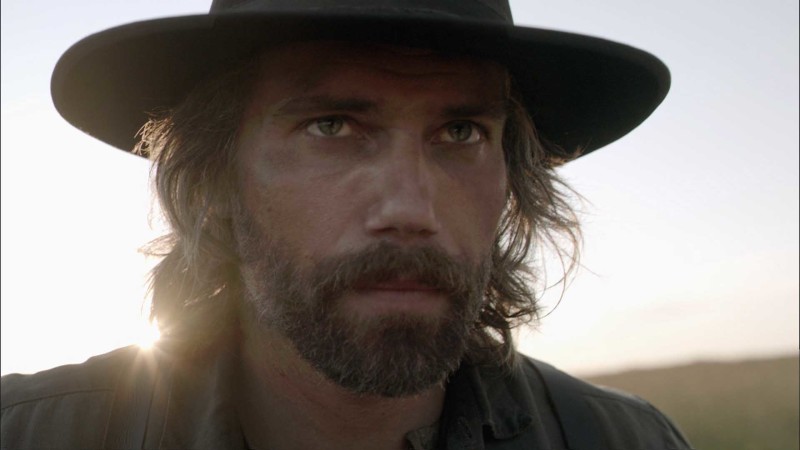 On Set With Anson Mount: Embracing The Western: Hell on Wheels

Anson Mount discusses the challenges of playing a Western hero. 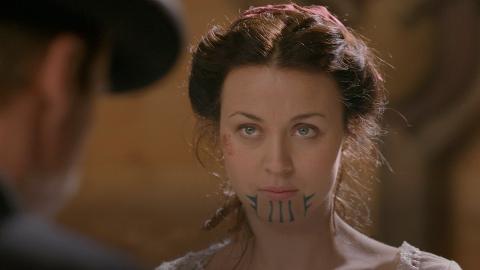 Trailer: Nothing To Lose: Hell on Wheels: Season 4 Premiere 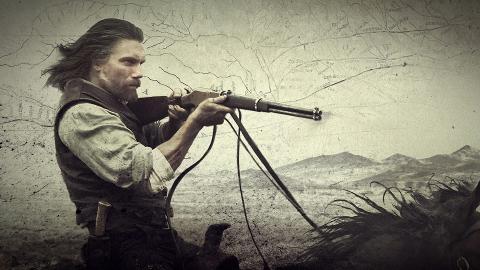 Q: How did you go about researching period Mormon attire to ensure that their clothes look authentic? Was extra attention paid to getting Brigham Young (Gregg Henry)’s look right?

A: There’s a myriad of photographs of Brigham Young. The Mormon archives are huge, so there are a lot of pictures of the people as they were progressing at this time. It was good to have all that, and easy enough to get it because it’s so organized.

Q: If you were alive during that time period, what might your own attire have looked like if you could have designed it?

A: I think I’d want to be a cross between Maggie and Eva. I like the look of the tight bonnets and skirts. The fabric is so beautiful – the silks and the cottons are just gorgeous. I think that’s what I would be particular about. The dresses are so detailed, even down to the most miniscule detail. That’s the most exciting part about doing the 1860’s. Those skirts can hold a lot of mud, too!