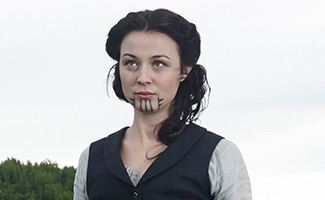 This week, CraveOnline touts a video featuring the cast and creators along with clips from the upcoming season, while Showrunner John Wirth and producer Mark Richard talk with Cowboys & Indians. Plus, Technology Tell is excited for the release of the Season 3 DVD collection. Read on for more:

• Crave Online has an exclusive video preview of the new season of Hell on Wheels, featuring clips and interviews with the cast and creators. Carter Matt also reports on the video clip, summarizing what viewers can expect when the season unfolds.

• Showrunner John Wirth and producer Mark Richard share a little of what’s to come in Season 4 with Cowboys & Indians.

• Technology Tell reviews Season 3 with the release of Hell on Wheels: The Complete Third Season on Blu-Ray and DVD, calling the series a “wild, rollicking romp” and a “terrific modern-era western.” Hampton Roads breaks down the additional content available on the DVD set.