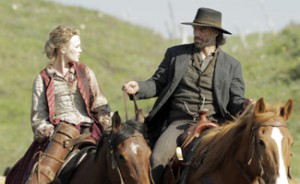 This week, the Calgary Herald gets some Season 4 tidbits from John Wirth. Plus, Dominique McElligott is set for a new TV series. Read on for more:

• John Wirth talks to the Calgary Herald about Season 4, saying, “One of the challenges of keeping the show fresh is to bring the show back that we all know and love and want to see but change it up, recreate it, reinvent it for the new season.”