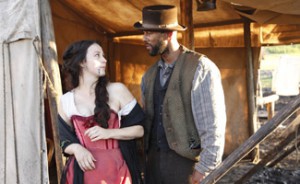 This week, Common gets an accidental cameo in the Entourage movie. Plus, the Hell on Wheels actor hosts an Academy Awards concert. Read on for more:

• According to HitFix, Common hosted the first-ever Oscars concert, which featured live performances of every nominated score and original song nominee from this year’s Academy Awards.

• Australia’s The Newsport reports that Robin McLeavy is shooting a documentary about the impact of major dredging proposals on Queensland’s fragile ecosystem, including the Great Barrier Reef.