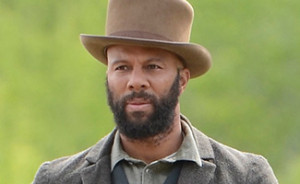 This week, Common is set for a part in Run All Night, starring Liam Neeson and Joel Kinnaman, while Cinema Blaze is enamored of Cullen and Elam’s friendship. Read on for more:

• According to The Hollywood Reporter, Common is in talks to co-star with Liam Neeson and Joel Kinnaman in Run All Night.

• Cinema Blaze extols the virtues of Hell on Wheels, especially the friendship between Cullen and Elam that’s “so odd, it is beautiful.”

• Ynetnews reports that Anson Mount will be part of a delegation of U.S. TV stars heading to Israel later this month as as part of a PR project called “America’s Voices in Israel.”

• For recaps and reviews of Season 3, Episode 8, “It Happened in Boston,” check out Basket of Kisses, CarterMatt.com, Starpulse and TV.com.