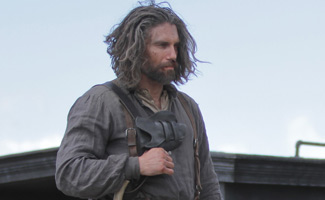 This week, Season 3’s poster appears in The Huffington Post, while Hollywood.com checks out a clip that goes behind the scenes of the upcoming season. Plus, Geekosystem is a fan of the show. Read on for more:

• The Huffington Post highlights the poster for Season 3, noting that in the new season, “racism, greed and murder run rampant as Cullen Bohannon leads Union Pacific against Central Pacific Railroad.”

• Hollywood.com offers a clip with a behind-the-scenes look at Season 3. TV Equals calls the video a refresher course.

• Geekosystem chooses Hell on Wheels as one of its editors’ picks, describing it as “one of the top five best shows currently on television.”