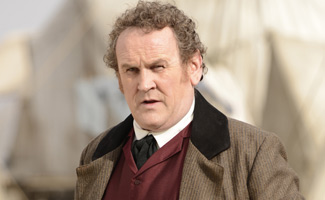 This week, Colm Meaney is nominated for an Irish Film and Television Award, while Chicago Defender gives Luv, Common’s new film, a strong review. Plus, Grainger Hines is filming a movie called Hot Bath an’ a Stiff Drink. Read on for more Hell on Wheels news:

• According to MSN, Colm Meaney is up for an Irish Film and Television Award in the Best Lead Actor category for Hell on Wheels.

• The Chicago Defender highlights Common’s turn in his new film, Luv, and calls the movie “a poignant and gritty coming-of-age story.”