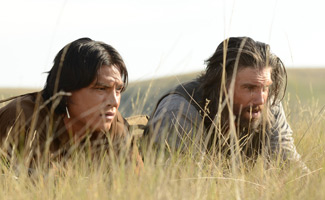 Hell on Wheels is up against formidable competitors for the Compositing award as well, facing HBO’s Game of Thrones (White Walker Army) and Hemingway & Gellhorn, and ABC’s Last Resort.

The 11th Annual VES Awards will take place on Tue., Feb. 5 at the Beverly Hilton Hotel.