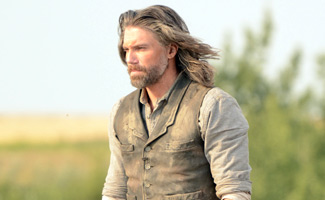 This week, several major media outlets report on the announcement of Hell on Wheels‘ Season 3 pickup and new showrunner. Plus, some of the drama’s producers are working with Ridley Scott to bring a new production to Calgary. Read on for more Hell on Wheels news:

• Variety covers AMC’s announcement of John Wirth as showrunner for Hell on Wheels Season 3, which is expected to premiere in the third quarter of 2013. Deadline and The Hollywood Reporter also report on the news.

• The Calgary Herald reports that the Calgary-based producers of Hell on Wheels are teaming up with Ridley Scott on an “epic miniseries” about the 1890s gold rush.