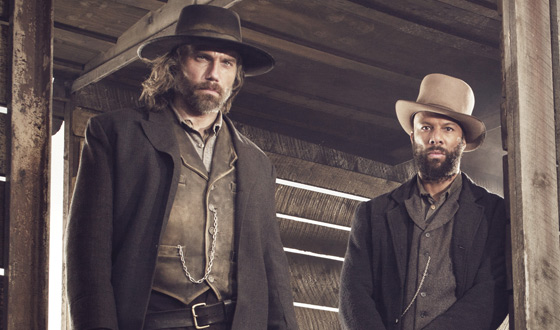 Admit it: You’re a Hell on Wheels superfan. But while you may know all the ins and outs of Cullen Bohannon and Elam Ferguson, how well do you know the actors who play them? It’s time to get better acquainted with the cast by following their individual Twitter accounts. Find out what projects Anson Mount is working on in the off-season, or read Common’s favorite inspirational quotes. Check out these Hell on Wheels cast member Twitter handles, and a few of their more memorable Tweets.

Thanks for following, y’all.It still amazes me that anyone is remotely interested in the goings on of my life.#hellonwheels #amc

Nearly all men can stand adversity, but if you want to test a man’s character, give him power. -Abraham Lincoln

Thank you for watching the season finale. I think Mrs. Durant took care of business.. Indeed.

Supporting @ansonmount and those lending a hand to those in need. FYI that sand belongs on the beach not on road & in front yards.

The thing about eating in a scene… You eat on every shot, every take, every angle. I. AM. BACON.