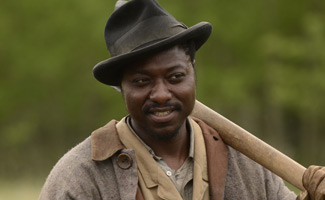 In this exclusive interview for AMCtv.com, Dohn Norwood, who plays Psalms on AMC’s Hell on Wheels, describes preparing to shoot a real Gatling gun and what it’s like to hang out with Common off the set.

Q: Psalms had a much larger role in Season 2…

A: I like where they’re taking Psalms, and the writers have given me some real nice, colorful lines to say like, “That’s the kind of sugar Papa like,” when the Gatling gun roles up. So I’m glad I got some opportunities to explore more sides of Psalms.

Q: Had you ever heard of a Gatling gun before?

A: I had heard of a Gatling before…just being a young man and growing up and being interested in guns and watching movies and stuff. Additionally, hip hop and urban language uses the word “gat,” which is short for Gatling gun, for “gun.”

Q: Did you need any training to use it?

A: I already had the gist of it, but of course I wanted to know the exact mechanics of the one I was using, because I was using real gunpowder and there was some legitimate dangers there. It was very exciting, playing cowboys and Indians.

Q: It was touch and go for Psalms this season, but fans were really happy that he pulled through. How much did you know about his storyline?

A: When people cough up blood, you’re dead, so… I was just waiting for the other shoe to drop. But then I found out Psalms was going to make it; it was very exciting. I don’t know if it was their intention to write me off and then later on decided to keep me around…but for a while there it was pins and needles. 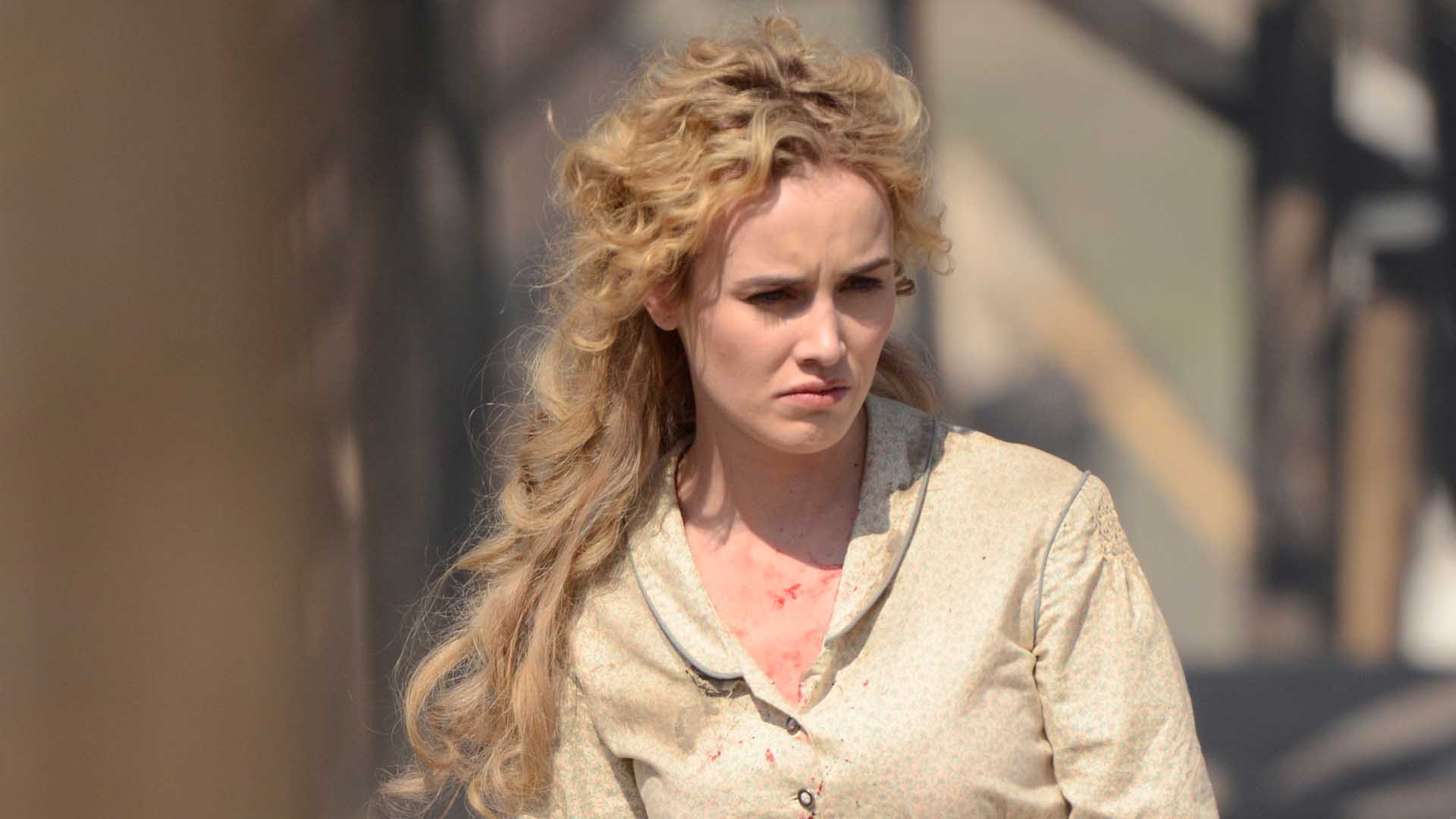 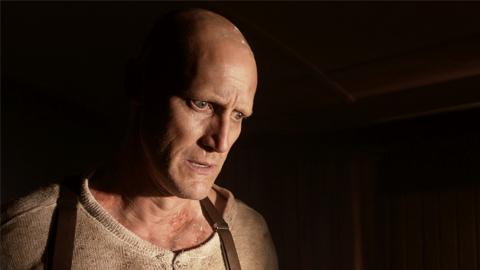 The Swede and Lily square off in this talked about scene from the Season 2 Finale. 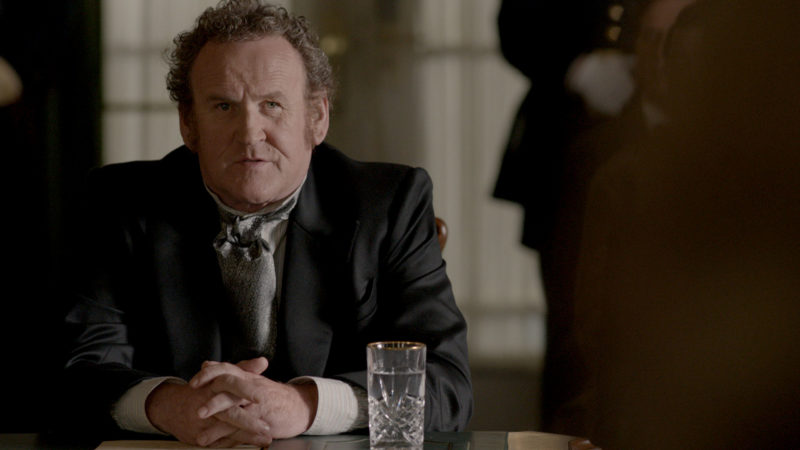 Talked About Scene From Hell On Wheels Episode 514

Durant testifies before Congress and defends the legacy of his railroad while Cullen and the others look ahead at what's to come. 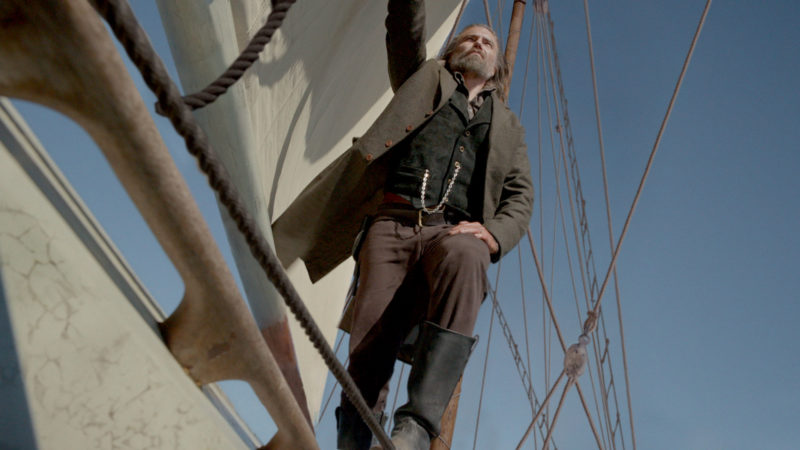 Inside Hell on Wheels Episode 514

The cast and creators discuss what Cullen’s future holds after he comes full circle in the series finale, how Durant’s past catches up with him and why Eva is the most Western character on the show.

Q: Psalms and Elam develop a strong friendship this season. What’s it like to hang out with Common outside of work?

A: Getting to know him first-hand, you start to see him as a regular person. But what will happen is some star-struck person will run up and it sort of takes the illusion away real quick… One day he and I we were walking down the street in Calgary, and there was a kid on a skateboard, and he was just slowly rolling past us, and when he recognized who Common was, he just pointed and kept rolling. It was just this star-struck kid with his finger pointing, rolling down the street. And we just laughed.

Q: You had two epic fight scenes this season, the scab workers brawl and your fight in the mud. Which was more fun to shoot?

A: I actually shot those in the same day. I got to fight in the mud for six hours to shoot that scene with Common and we were both pretty excited at the end of the shoot… But there was a point where everyone started thinking, “Are they really fighting?” We were grabbing each other by the collar and throwing each other around, and I’m picking up mud and throwing it in his face. It got real intense there… I shot the bigger brawl against the scabs at like three in the morning, so I was doing pushups to stay awake. That one was real tough.

Q: Most people would drink coffee to stay awake. What’s with the pushups?

A: I’m a coffee drinker, so I can drink a cup of coffee and go to bed… So I was doing pushups to keep my heart rate up because when you sit still, and it’s cold outside, and you’re wrapped up, all those elements make you want to go to sleep. After a while, the other crew guys would start counting my pushups. It was becoming a running gag.

Q: You do a lot of humanitarian work with youth activism. Do you think today’s young men have it harder in some ways than the men of Hell on Wheels? How?

A: Nowadays, there are a lot of elements that are damaging to kids. So many kids are growing up without their mom or their dad…so it’s a different animal. They don’t have to necessarily go out and work at a factory, or build a house or work on a farm, but there’s other things they’re dealing with that they don’t know how to navigate. Our society is becoming the way it’s become because our families, our communities are deteriorating, especially in the inner cities.

Q: Cullen is in charge at the end of Season 2. Who’s a better ally to the Freedmen, Cullen or Durant?

A: I’d have to say Cullen. I think overall he’s a better strategist in dealing with individuals and seeing a greater vision. What the writers are doing a great job of is showing how everyone’s agenda keeps sabotaging what’s going on. There’s great opportunity for all of them, but everyone’s looking out for their own interest and that’s what undermines the whole project.

Q: What was your favorite moment for Psalms this season?

A: There’s a scene that I like I lot when Elam is building his house and [Psalms] comes over there because he’s afraid that Elam’s going to stay when he moves on. And eventually he gives in and tries to help Elam out and sits and talks to him about the potential of having this child, this mixed baby in that environment and what that meant for them.